With Deià’s international popularity and irresistible charm, it should come as a surprise to no one that property prices here are some of the highest on Mallorca. Most purchases in and around the village today are for second homes, so largely catering to the affluent end of the market. The village of Deià can be split into various segments but its inclining hill is one of its defining characteristics. Properties in the lowest part of the village near the stream for example differ massively from those that sit on the steepest part of the mountain.

There are many things to bear in mind when buying a property in Deià and it will largely depend on what it is that you’re after. If your dream luxury villa is on the mountain-top overlooking Cala Deià prepare to dig deep into your pocket (and even further if it comes with a plot of land). The higher the climb, the better the views, the more access to sunlight, and generally speaking, the more private too. Not surprisingly, property owners keep hold of their homes for years meaning that the property market stays relatively steady. Consider keeping an eye on the property market in Deià for some months or longer before deciding on your dream home.

Set in a particularly pretty corner of the Tramuntana mountains, the traditional village of Deià combines picture postcard images with high-society connections.

Properties for sale in Deià

Where to buy a property in Deià 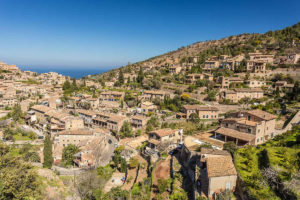 The area known as High Deia reaches from Belmond La Residencia to the mountain torrent and goes under the nickname “The Sunny Side” – appropriate given the area catches the most amounts of sunlight. Properties here are sought-after for their close proximity to restaurants and shops with some villas blessed with partial sea views. As a result, High Deiá has the highest average per square metre in the village and is one of Mallorca’s most valuable areas. 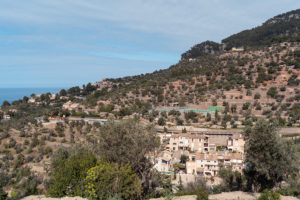 Son Canals is the first stop on the slope leading from Deiá’s main street, past the school towards Cala Deiá. This is area is defined by its small urban homes with cute terraces and rustic features such as wooden beams and log fireplaces. Each home is south-west facing (lots of sun) and has its own designated car parking space. Most have views of the Deiá church which lights up in the evening. 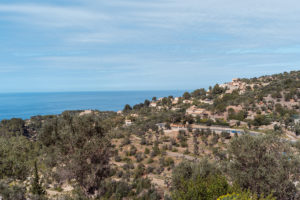 S’Empeltada is the elevated area above the Robert Graves Museum just across from the main road. This modern urbanisation is characterised by small villa streets, gardens, large open spaces and plots of land. This part of Deiá is one of the very few areas along the West Coast where you can build your dream home scratch – following local regulations of course. S’Empeltada is a popular area to invest in due to very little traffic and maximum privacy. 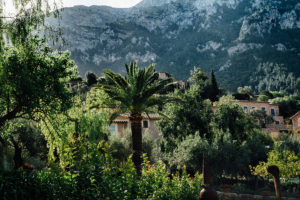 Ca l’Abat is part of the eastern mountain range in Deiá which connects to the area of S’Empeltada. It’s a very small and exclusive cluster of 10 west-facing estates which benefit from breath-taking views of Cala Deiá. Properties in Ca l’Abat are the pinnacle of Mallorca luxury real estate meaning that very few come up for sale. As you move to the top of the mountain you’ll find Deiá’s most incredible, and expensive, properties.

The centre of Deiá is known as The Clot which is named after the stream that runs through the village. It is characterised by authentic town houses that sit on the river banks and hug the pretty hedgerows. The Clot consist of rustic homes mainly, some of which are tastefully restored inside and offer surprising amounts of outdoor space. The prettiest part of The Clot is near the S’Hortet tea room, where a trail continues straight down to Cala Deiá.

Advantages to buying a property in Deià:

Types of property in Deià

As you might expect in a picture postcard village such as Deià, property is almost exclusively of the traditional stone townhouse and villa variety. In the village centre, it’s mostly clusters of honey-hued townhouses connected by narrow winding lanes and dry-stone walls. Here, well-maintained two or three-storey homes will usually come decked out in typical Mallorcan touches such as terracotta tiling and wood shuttered windows. While there are new-builds available – such as the Petite Deià development just on the edge of the village ¬– modern developments will always have to adhere to the area’s traditional character.

As you go further out, detached traditional villas and country houses become the norm. Some feature tastefully modernised interiors, while others maintain a more rustic vibe of their origins. One or two show evidence of the artistic flair of their former owners, with quirky bohemian interiors and studio spaces. The occasional grand historical property will also come up for sale, a large manor house or old finca set in the surrounding countryside or perched up high overlooking the nearby coast. Some properties will also come with rental licenses already in place.

The likes of apartment complexes and minimalist contemporary villas are practically unheard of in the area, mostly due to the region being part of the UNESCO protected Sierra Tramuntana. This doesn’t mean plots are not available to build on, there are, however there are strict rules in place to ensure the timeless rustic character of the region remains just that. Also, any plots with planning permission are very expensive.

What the experts say about buying property in Deià 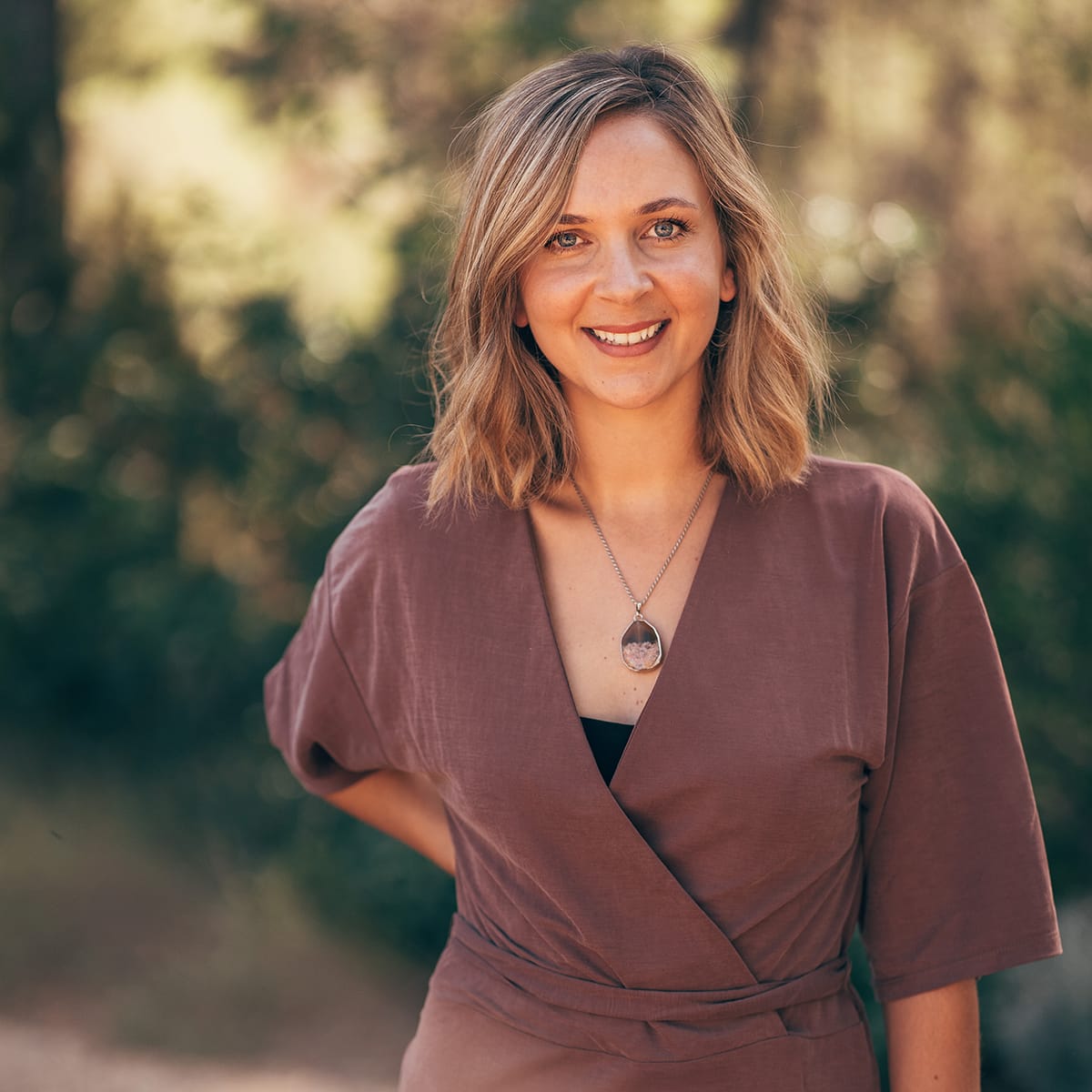 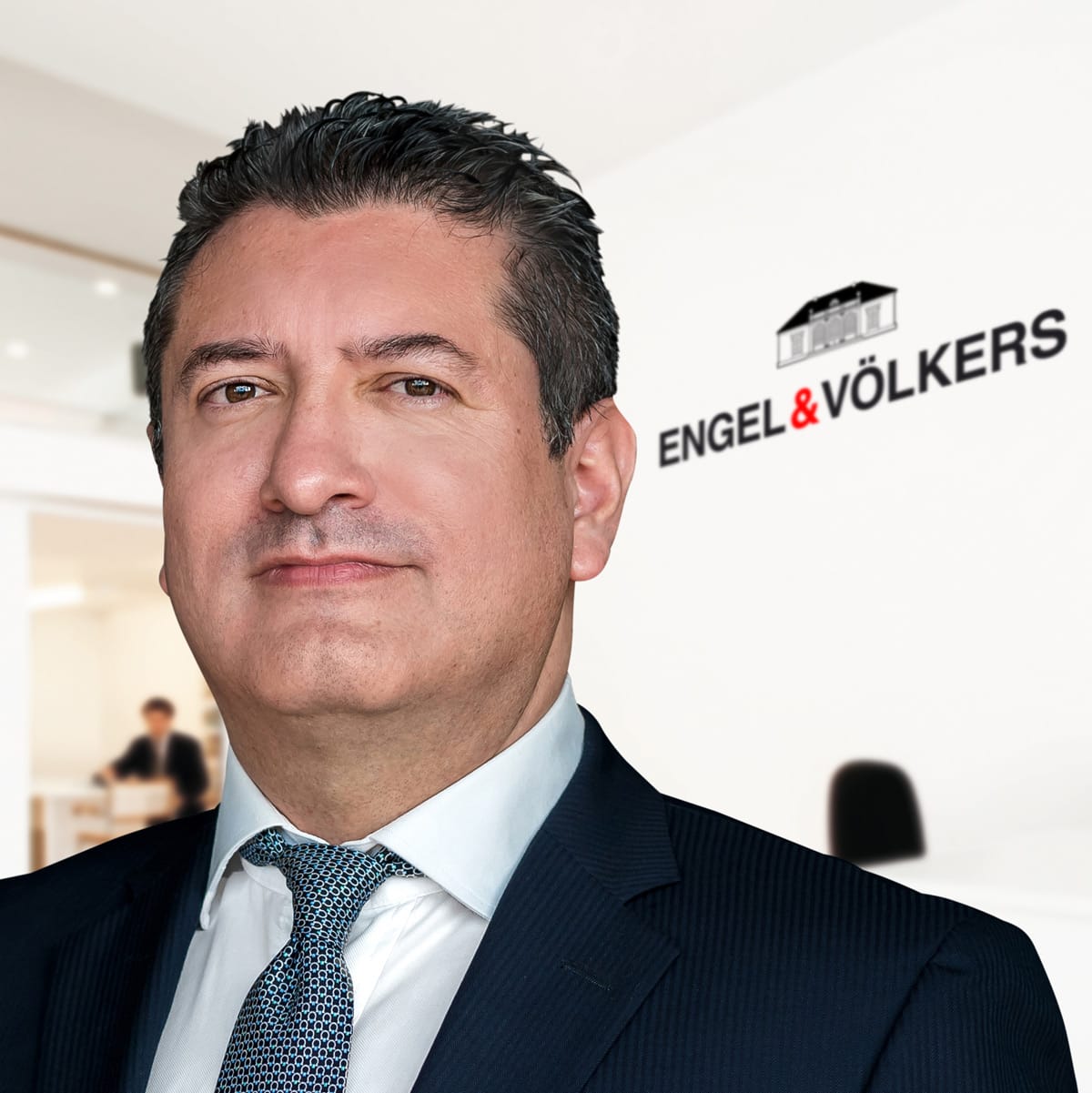 Related services to buying a property in Deià

Whether you’re in need of a top-class construction company or architect to help renovate your new home, a property lawyer to help you through the legalities of the buying process or an interior designer to guide through the world of Mallorca furniture stores, the below businesses can make your property dream in Deià a reality.

Other important factors to buying a property in Deià also include choosing a reputable real estate agent and entrusting in a good mortgage provider. From hundreds of potential clients to work with, we’ve selected only the best talent there is to help you settle in and live well in Mallorca.

Only in Deiá will you find rustic village houses settled on river banks (The Clot), huge mansions on mountain tops (Cal l’Abat) and wide open spaces to build on (S’Empeltada). It might be a small village but given its beautiful location consisting of both mountains and beach, there are very few other places like it. No wonder it has attracted so many celebrity buyers over the years including Andrew Lloyd Webber and Matthew Williamson. Prepare for prices to be high, but for the properties that are on offer, it is more than worth it. Some of Mallorca’s most jaw-dropping properties exist in Deiá so keep your eyes peeled and finances ready, they don’t hang around for long!

Any questions related to Property for Sale in Deià?