“What do you want, Miss Burr?”

“I want to make you an offer. Bring down Richard Roper. I want to put you inside his operation.”

So goes the tense exchange between Angela Burr and Jonathan Pine in Brit-US miniseries The Night Manager, which aired to huge applause this year. The spy chief and former British soldier, played by a steely Olivia Colman and heart-throbbingly handsome Tom Hiddleston respectively, are discussing how best to get to Hugh Laurie’s cold-as-ice character Roper, brought to life from John le Carré’s 1993 espionage novel.

His crime? ‘The worst man in the world’ is a billionaire arms dealer who trades in human life. His home? Sa Fortaleza in Port de Pollença, Mallorca. Take a stroll along the Pine Walk running along the bay, and you’ll come close to the sprawling fortress built to protect the island from marauding pirates in the 17th century.

Owned by British banker Lord Lupton, the lavish estate – perhaps the most valuable in Spain – can be seen perched atop the headland from across the bay, on Port de Pollença’s beach. It’s a truly villain-worthy setting, affirmed by Laurie who remarked whilst filming:

“We have been here in Mallorca for five weeks. Not a day has gone by without a member of the cast saying, “I can’t believe that I am actually here doing this.” It’s our good fortune to be playing characters who live a very luxurious, jet-setty life and that means, in order to do it, we have to live it. It’s hard, it’s gruelling…”(Laurie himself stayed at Castillo Hotel Son Vida while shooting).

Palma, standing in for Istanbul and Madrid, also has a starring role, as does famous fish restaurant C’as Patro March, on the cliffs above Cala Deià, setting for the supposed kidnapping of Roper’s son Danny.

Dirty dealings continue to play out on the sumptuous terrace of Cas Catala hotel Hospes Maricel. And that explosive scene when Pine and Jed – Roper’s girlfriend – finally give in to their attraction for one another? Son Julia Boutique Hotel, the Llucmajor mansion that seems made for the moment with its seductive corridors and rooms.

“The locations have been amazing, truly” says Hiddleston. “In the book, there are scenes in the Bahamas and Cyprus but in our story we have made it Mallorca and the Turkish-Syrian border, Istanbul and Monaco.”

The island that sparked the imagination of that other great crime writer, Agatha Christie (who penned her novel Problems at Pollensa Bay while staying at Hotel Illa d’Or) must have presented the producers and location scouts with a hard task. There’s no doubt they chose correctly from the myriad of potential settings, however. Rialto Living designed the interior of Roper’s lair, providing the perfect backdrop.

“Often I turned up on set and had a very reassuring feeling as my imagination didn’t have to supply anything else because I had been placed immediately in a completely believable context for where the character is. Each location has been so immaculately designed and so correctly chosen it often took our breath away”, adds Hiddleston.

Produced by the BBC in partnership with AMC, the network behind Mad Men and Breaking Bad, The Night Manager slayed the July Emmys and won rave reviews, the Guardian describing it as “the BBC’s glossiest, smartest, most indecently entertaining Sunday night drama in ages”; while the New York Post called it “breathtaking”.

And the award for the busiest ice-cream truck goes to? Surely, it has to be Glace Moustache in Port de Sóller; immortalised in episode 3 when, while queuing for a cone, Pine manages to extract vital information from Danny – while Angela listens in.

Ice-cream sales aren’t the only thing feeling ‘The Night Manager effect’. Numbers of travellers drawn to the island as a result of its glossy profile peaked this summer. And, as episode six wrapped up in the States on 24th May, close to five million US viewers had watched it. That’s a lot of Americans gazing upon the ravishing scenes of Mallorca – and hankering for a taste of the good life themselves. 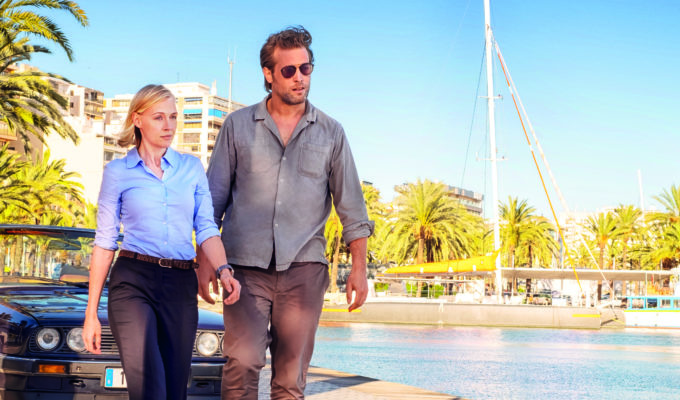 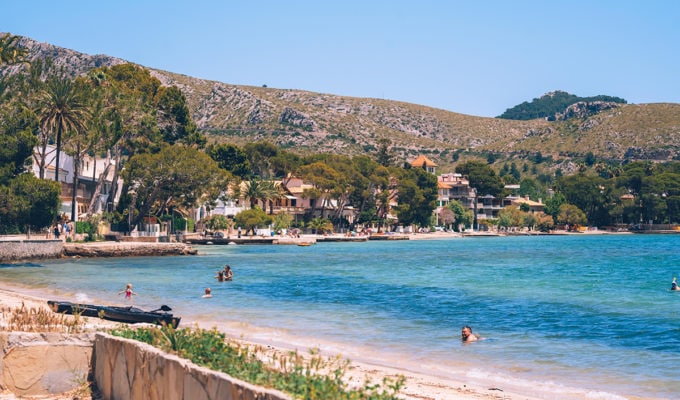