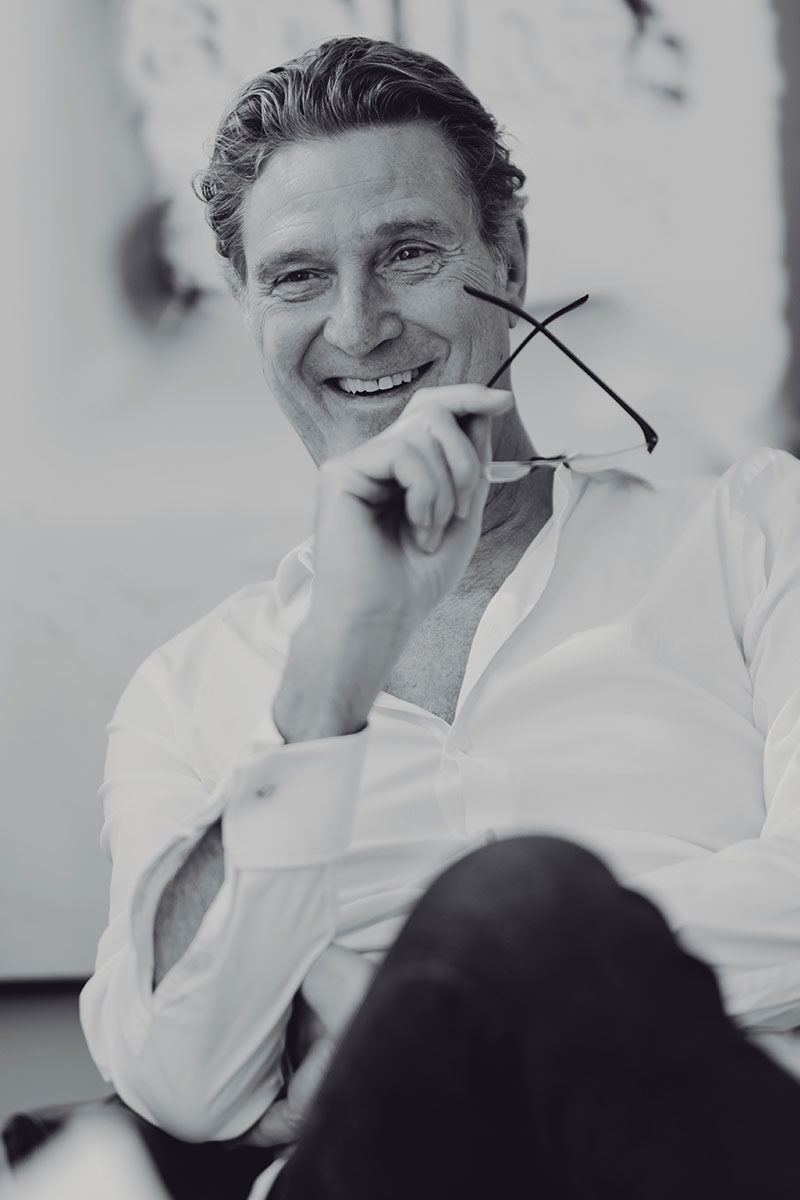 “For me, real luxury starts when the product has a real story behind it,” Uli Petzold shares with us from his Palma home, an authentic city villa built in 1902 by Luis Salvador. The founder of Apure – one of the world’s most sought-after lighting design studios and lighting manufacturer – continues: “Luxury needs a sense of heritage, a story to tell.”

Uli’s story began in the world of fashion as a trained furrier, working with top names such as Balenciaga and going on to sell lines under his own. His segue into interior design came when given the opportunity to get involved with the renovation of a Mercedes-Benz dealership. He identified that lighting was a key issue: “When you walk into a showroom you want to see the car’s true shape, and not get distracted by all the reflections.” His solution led to a new concept in lighting. “I realised that we have to illuminate cars so you don’t have any glare on the paintwork.” The result was a huge success, setting the standard to this day.

This success took him to Miami where he continued working in interior design, but customers were much more interested in his skills with lighting. “All the fashion magazines would do their shoots there,” Uli continues, “because of the beautiful light – the same thing applies to Mallorca – so I worked as an interior designer illuminating the spaces, and found out that they were clueless about light. So I thought to myself “untapped territory.”

Today Apure is headquartered out of Miami, products are engineered and produced in Germany, and the brand is represented in four continents, 22 countries, and 50 cities worldwide. Uli’s oldest son, Philipp, runs the HQ in Miami, and his youngest, Julius, is the brand ambassador for Apure in the Balearics. He also counts numerous A-listers among his clients such as Alexander Rodriguez formerly with Jennifer Lopez, Luis Fonsi with Águeda López, DJ Khaled, and David and Victoria Beckham, to mention a few. He also boasts a long-term collaboration with Porsche Design Studios, who dubbed Uli “the lighting designer of the stars.” Talking to Uli, it’s clear his passion for “correct” lighting remains undimmed. He’s vexed when he sees ceilings studded with disturbing lighting fixtures, holes and cables. “We think of the ceiling as the fifth wall,” Uli explains. He also stresses that “the source of the illumination, should remain hidden” and that you should feel, not see, the light. His motto is “good design is when you can’t see its design.”

Uli spends his time between Miami and Mallorca and it’s Palma where his latest project – Silent Luxury Living – is soon to debut. Co-founded by building firm NeoForm, it is a showroom with the feel of an art gallery, where carefully curated brands will be presented. The space will also be a creative hub where design enthusiasts will come together at exclusive events. For manufacturers, it will be a high-class venue to present exceptional products in an inspiring setting.

Visits will be by appointment only and even the storefront will be intriguingly understated. “There’s not even a door,” Uli tells us, “we have designed the window in the centre on a pivot, but it’s otherwise invisible. I love that, that’s true silent luxury.”

As well as having a story, Uli argues that luxury should be silent, meaning not flashy or showy, but simple, elegant, and discreet. If the story is the soul of the brand, then “luxury with a soul is silent.”

Securing client’s finances for over 40 years

The Story Behind Can Estades