TThose who hike will already be familiar with the fact and those who don’t will be surprised: in the small Mallorcan town of Lloseta a company produces hiking boots of world-class quality. Bestard Boots actually began manufacturing shoes 75 years ago. Under its founder, Antonio Bestard, the company started out by making men’s shoes just among the close family circle. Those good at it managed to make exactly one pair a day.

The family business went well for many years, yet constantly growing competitive pressure within the shoe industry raised questions about the company’s business model, which was heading towards crisis. In the 1970s, the second generation of the Bestard family took the helm and found the answer to the problem in the form of specialisation. They loved the many excursion opportunities that can be found on Mallorca – and with wonderful hiking landscapes such as the Serra de Tramuntana and the Sierres de Levante it was hardly surprising. After doing some research, including reading and visiting exhibitions, the owners didn’t find it hard to reach a decision – and in 1975 the first Bestard hiking shoe was made.

Today, the highly specialised company produces and sells a wide and varied range of perfectly made hiking shoe all around the globe. And, despite the increasing price pressure, around half of all shoe production is still carried out on Mallorca.

“We define ourselves through quality, specialisation and the latest technologies. With this we are positioning ourselves in the mid- to upper-price category. It’s not possible to do it any other way if you want to produce on Mallorca in the long term,” says Esperanza Bestard, who has been a part of the management for several years and is now the third generation leading the company forward. Her uncle, Pedro Bestard, at 66 years old still works behind the machines and, in doing so, ensures the outstanding quality of the shoes. A quintessentially family business! 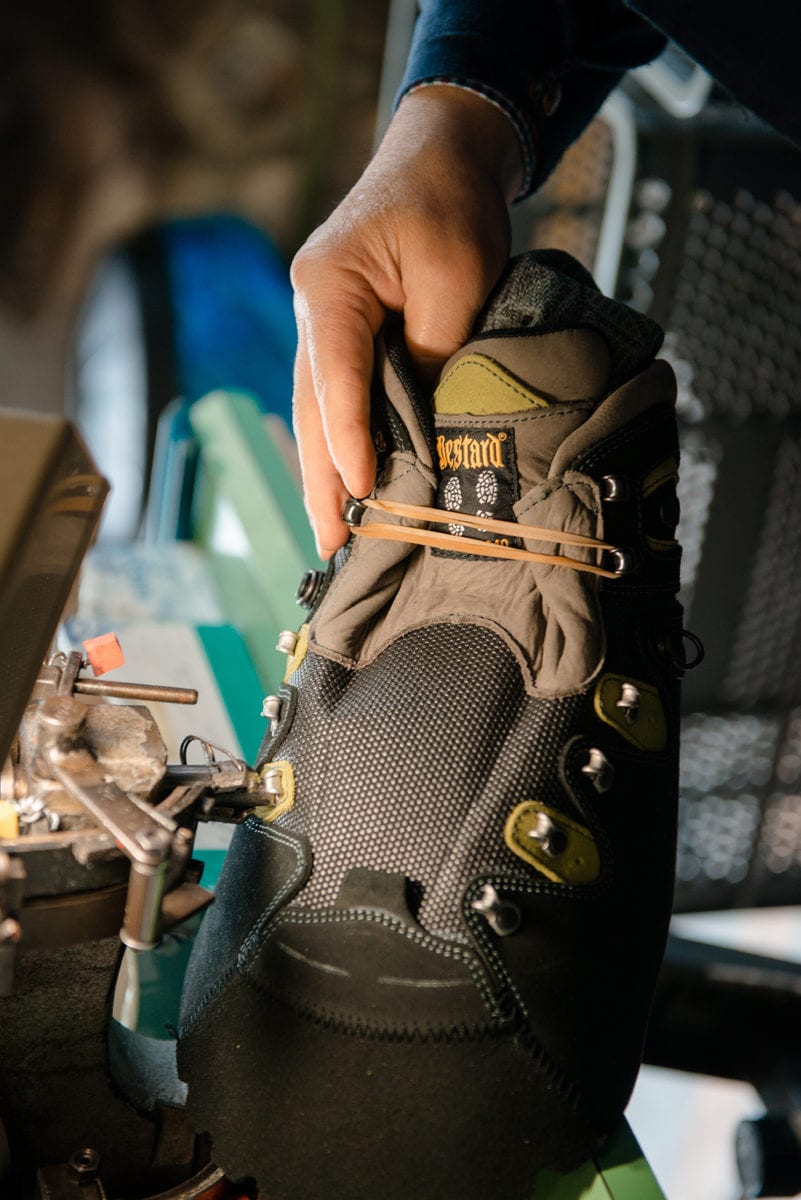 Bestard Boots is innovative and does not shy away from new shoe types. The company has, for example, also made boots for the Spanish military as well as for hunters in the far North. “You wouldn’t be able to wear these on Mallorca, it would be far too warm!” explains Gabriel Company who is in charge of marketing and has been with the company for 20 years. So, if you should ever happen to meet a hunter in Scotland, ask what brand shoes he is wearing – they might be ‘Made in Mallorca’.

The company’s greatest strength lies in the high-quality production of hiking shoes, which includes those for extreme terrains. Bestard Boots is, for example, one of the few firms worldwide that makes shoes specifically for canyoning – the traversing of canyons and wild rivers. However, with the multifunctional, beautifully designed ‘Trail Walking’ range, the business also offers something for more leisurely forest walks in the low mountain ranges – as can be found in several sections of the Dry Stone Route – or for longer walks in the city.

One of the problems faced by the company, alongside the high logistical costs due to Mallorca’s location, is the challenge of finding well-qualified employees. There used to be an official shoe-making training course, but this was scrapped despite the fact that another internationally successful shoe producer – Camper, the older, bigger brother, so to speak – is based in Inca. To counteract this lack of new employees, Bestard Boots in cooperation with the Inca Shoe Museum has launched a dual training apprenticeship course, similar to the internationally regarded German system.

With its new trainees and the launch of an innovative new shoe planned for the end of 2018 – after two years in development – the near future is looking positive for Bestard Boots. “In the long term we want to grow organically. The main part of our production is sold on the Spanish market and so growth is particularly promising in export,” says Gabriel.

Hiking on Mallorca is as diverse as the footwear Bestard Boots produces. This diversity is also reflected in its slogan, which is perfect not only for hikers but for all travellers: “Hasta donde tu quieras – to wherever you wish”. If Gabriel were to follow the slogan he would, for example, end up in Barranc de Biniaraix, a ravine which extends from the Cúber reservoir down to the village of Biniaraix. Esperanza recommends doing the ‘Lluc a Peu’. One thing is sure – sturdy shoes are a must for such challenging hikes! 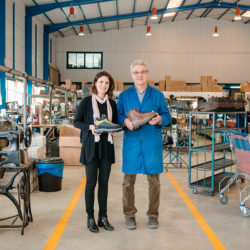 Mediterranean furniture made on Mallorca

Ceramics made on Mallorca