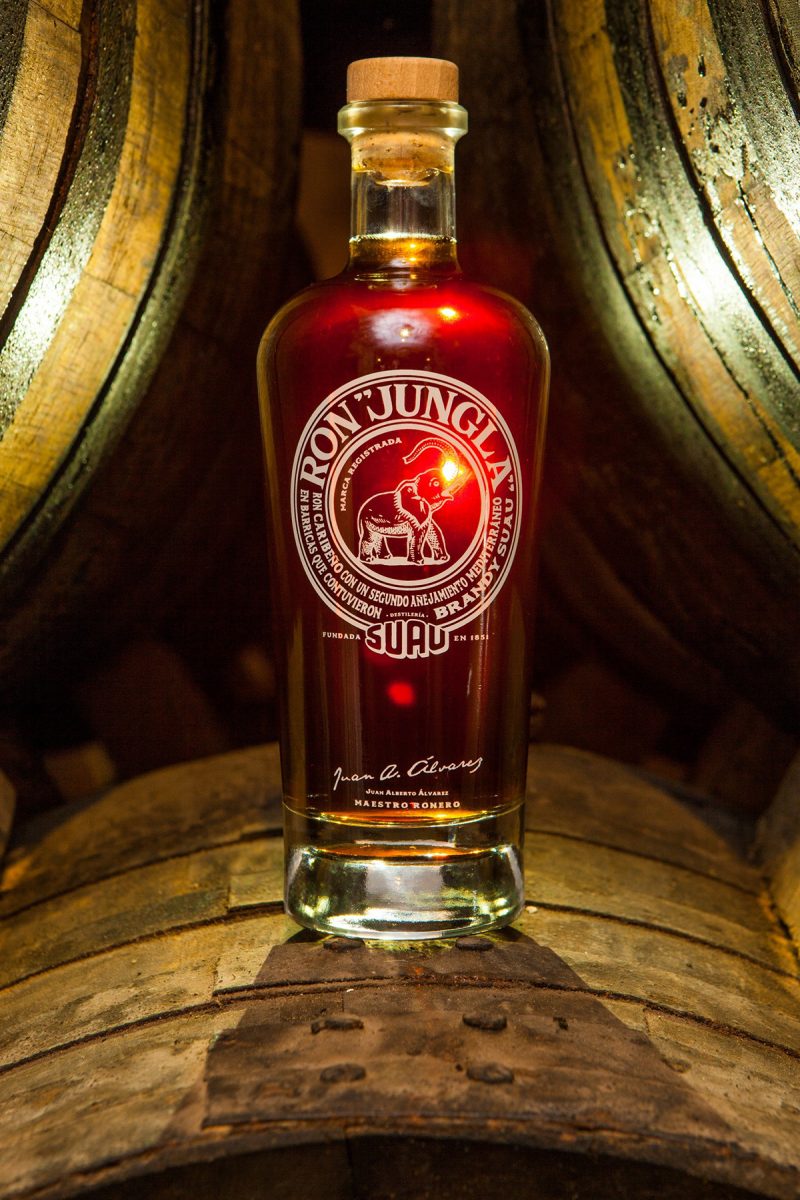 Brandy is a drink associated with luxury – and sensuality: served in a ‘snifter’ or ‘tulip’ glass, held cupped between the fingers and palm of the drinker´s hand, it’s brought to its optimal drinking temperature by the warmth of the human body. If the pleasure of drinking brandy stirs your senses, you’ll be in your element at the Bodegas Suau, where it’s possible to become the owner of a barrel of this aromatic liquid gold.

Bodegas Suau was originally founded in Cuba in 1851 by the Mallorcan tradesman Juan Suau, and became the property of the Barceló and Mora families after the Spanish Civil War. It’s now located at Pont d’Inca (Marratxi) in a former flour factory. The company premises are surrounded by a 1.8 metre thick exterior wall, providing protection from outside pollutants such as noise and smells and thereby creating a microclimate in which rows of barrels full of this handmade brandy are housed.

The club was founded in 1992, the brainchild of Angel Zuasti, a now-retired Bodegas Suau technician. Confident in the quality of the product, he launched a private club – initially called ‘Amigos de Suau’ (Friends of Suau) – so that brandy lovers could enjoy their own personalized version of the spirit. Each member of the club buys a barrel with a capacity of 32 litres; these barrels guarantee a better quality final product than larger ones because a higher proportion of the liquid is in contact with the oak. Their brandy is then stored in the Suau cellars. Only the owner of the barrel and the producers themselves are authorized to handle the individual stocks, and only eight bottles from each barrel can be extracted in any one year in order for the brandy to meet the Suau brand standards. In this way the brandy ages approximately a year, every year.

The brandy, a spirit obtained from the distillation of white wine, with an alcoholic content of between 36% and 40%, is aged in American oak barrels. Juana Barceló, the company director, tells us: ‘‘Every brandy and every bottle here has its own particular qualities: there are barrels which are 19 years old and others only three years old.’’ The brandy itself is 15 years old when it is transferred to the barrels. Members can choose when they take home their eight bottles: some take them all at Christmas; others take them at intervals, believing it is damaging to the barrel to take them all out at once. This of course means that every brandy is different and exceptional.

One of the exclusive privileges of membership is that every bottle is numbered and personalized with the name of the barrel, its owner, the intended recipient and the bottling date.  The winery also makes sure it replaces any brandy lost during the evaporation process so that it always continues its slow maturing process. ‘‘The advantage is that you are paying for a 15-year-old brandy but if your barrel is say, 10 years old, you end up drinking a brandy which is approximately 25 years old,’’ Juana is keen to point out. 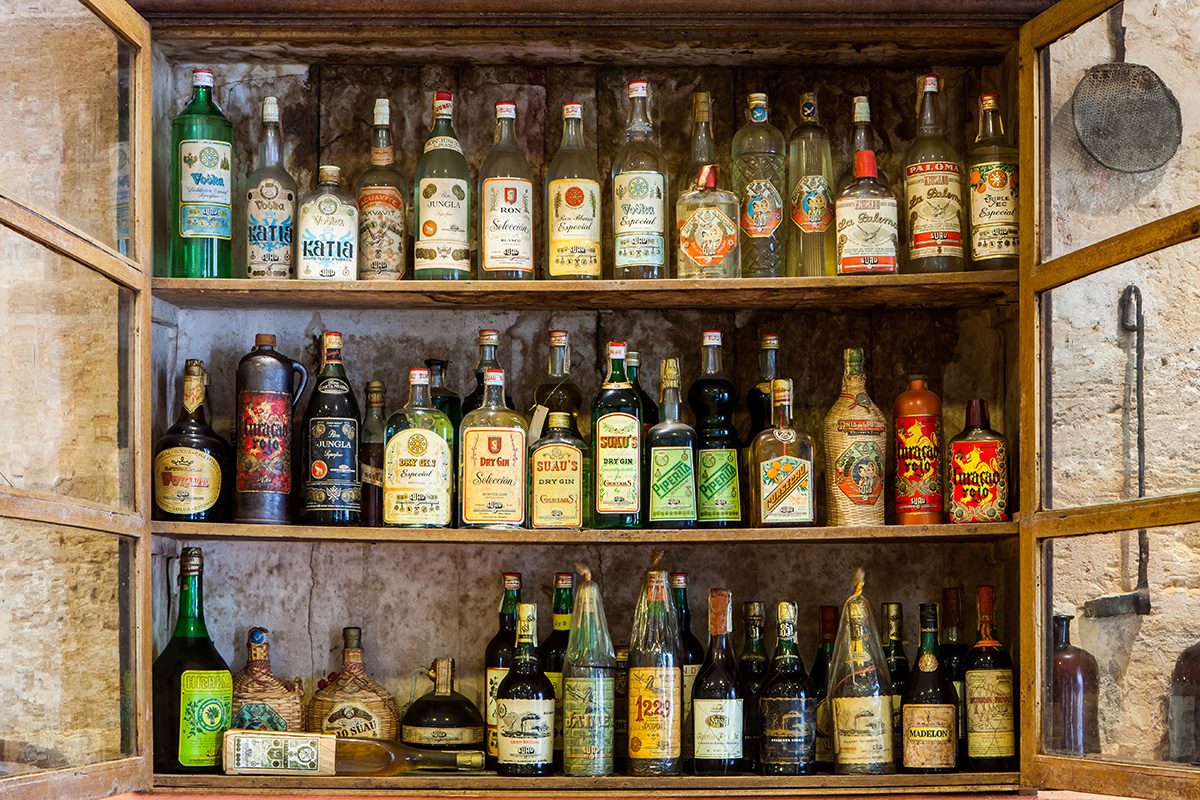 The company keeps strict records and has established a ‘numerus clausus’ with a maximum of 500 club members. Currently, 448 of the barrels have been assigned owners, and number 449 is about to be sold. Barrel number 500 is reserved for the winery, with the intention of auctioning it for charity. The barrels are priced at €1,000 plus a fee of €25 a year to cover maintenance and the cost of the brandy that needs to be replaced after each extraction. Some barrels belong to a family, a restaurant or a group of friends and, in the case of death, divorce or other separation the barrel is usually sold by the owners for a privately agreed price.

The club is made up of many different nationalities – 30% of the members are German – as well as different social and economic classes. The director tells us that ‘‘some of the members are quite famous and we even have an important Lord, but would rather he remained anonymous.’’ She goes on to tell us that the youngest member of the club is underage, and received the barrel as a gift from a parent, who had given one each to all three of his children, so that they can enjoy a fabulous brandy when they are older. Some members live outside Mallorca and their bottles are sent to them as required. The longest distance that bottles have had to travel so far has been to Canada, where a man celebrating his 100th birthday received his as a gift from his grandson.

Over the years the club has grown into a friendly community, which comes together once a year at a party just before Christmas at Bodegas Suau – an ‘open day’ of sorts, during which all members enjoy a few drinks. Juana assures us that it is ‘‘harmless fun. They come together informally, compare notes and share their love of brandy.’’ Some of the members also like to compete with each other and save a bottle from every year to observe the changes in the spirit’s colour and development.

The Suau winemakers are true Mallorcan ambassadors: ‘‘We want people to order a Suau brandy knowing that it is the best in the world, and that it is made in Mallorca.’’ The company has been approached by various national and international brands, but the family hopes to maintain the product’s Mallorcan nature and dreams of it one day making the front page of the New York Times.

A visit to Bodegas Suau is a wonderful journey into the history of Spain and the New World. By combining its age-old traditional techniques and modern technology, Suau has created a particular style and a new way of understanding and enjoying the luxury and sensual pleasures of brandy. 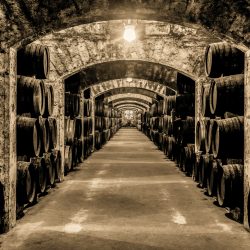