We get the sense Bonifacio Pradas wishes we had met in their quaint workshop in Palma rather than the roaring warehouse in the industrial estate. He tells us about his collection of antique locks on display there. Here the walls are lined with shelves of tools, moulds and iron rods. Nearby a fire flickers in a gunmetal fireplace. It may not be pretty and yet it feels alive.

“I moved to Mallorca because of my sons,” Bonifacio says, “they wanted to continue the business and there’s more space. They are the third generation.” We’ve already met Gumer, the friendly elder son. Like his father before him, he began learning the trade as a teen. There’s an ease between them which makes our encounter a real pleasure.

We want to understand the process and Boniface doesn’t need much persuading. He manoeuvres his ancient workstation into the spotlight. “This is about a hundred and fifty years old,” he says, about the gleaming steel anvil mounted onto an oak base.

Once blacksmiths would have stretched the iron themselves but today they work with pre-cut rods. Boniface casts one of them into the fire. It needs to reach at least one thousand degrees Celsius and he knows from the intensity of the colour when it’s ready. It soon begins to glow deep orange. 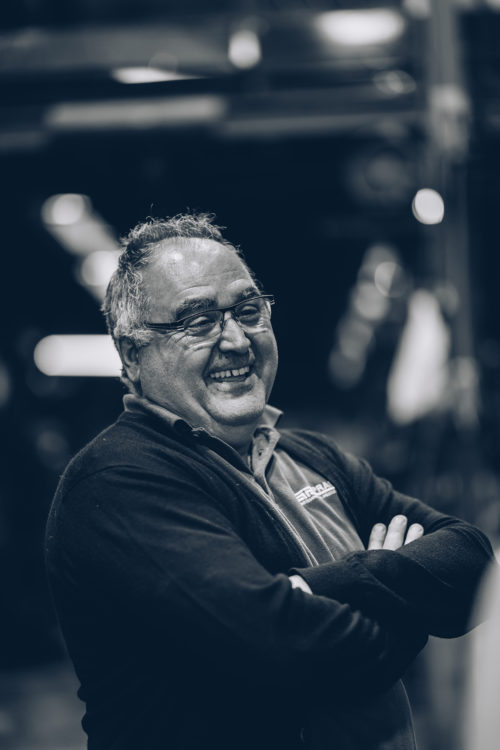 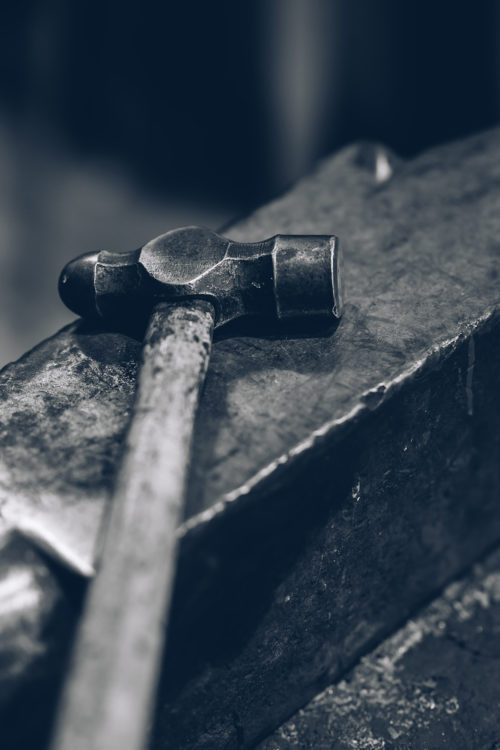 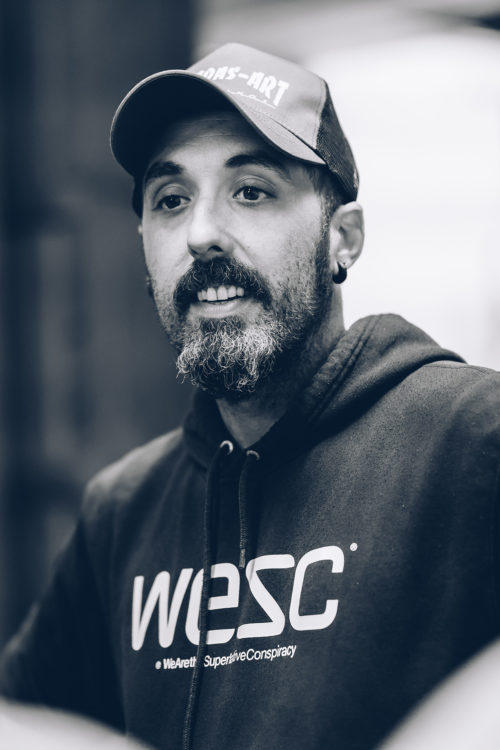 As Bonifacio begins to beat the iron into a curve we consider stopping our audio recording of the interview. We don’t realise that the art of forging has its own music. “You have to listen to the hammer,” Gumer tells us, “he’s calculating each blow.” After seven consecutive strikes there is a series of xylophone-like tinkles as the hammer brakes against the anvil. Bonifacio tells us of a surgeon who used to come specifically to listen to this unique percussion music.

Despite the blunt and hefty appearance of the hammer, this is a precise art. Admiring the ornate railings hanging from the mezzanine balcony, we try to get our heads around the scale of work involved. We dare to ask about the advantage of doing things in this old way. “Every piece is unique,” Bonifacio says, “every piece I make is a work of art.”

He’s been working with wrought iron for over forty years and his passion is unwavering. We wonder at the state of his hand. “Oh I work much less now,” he laughs, flashing his blackened palms at us. “My father doesn’t wear gloves because he’s old-fashioned,” Gumer says, “he’s capable of picking up an iron rod and not getting burnt. I pick one up and get burnt even with gloves on.”

We suspect Gumer is being modest but Pradas Art doesn’t need to worry about their marketing spiel. Their reputation precedes them. Among the luxury and historic buildings they have worked on are Palau March, Hotel Basílica, Cap Rocat, and Barcelona’s Hotel Majestic.

“If you need anything let us know,” the affable Bonifacio says as we take our leave. We’re tempted to ask for a handmade rivet as a souvenir. Now that we’ve seen the master blacksmith at work, we realise we are in the presence of a great artist. 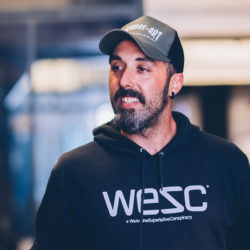