You can spot Marga Melià from afar. On long legs and high heels, the 1,77 m tall Mallorcan towers over pretty much everybody on the square in front of Palma´s cathedral. She is wearing a light-blue short dress with a colourful print and, just for a moment, one could think that it´s Júlia, the heroine of the movie ‘Bittersweet Days’.

Júlia is played by Esther Gonzalez, who is not as tall as Marga and wears her hair short, but has the same big dark eyes and a similar enchanting smile – and twice during the movie you actually see her dressed in Marga’s outfit of today.

‘Bittersweet Days’ is Marga Melià’s first feature film, which she shot in Mallorca and Barcelona, and was first screened at the Atlántida-Festival in Palma. The topic of the film is the 33-year-old herself – representing a generation which has been stuck in a sort of constant life crisis since the financial crash of 2008.

‘Whereas our parents already had a steady job, a family, and a condo at the age of 30, we don´t want to commit,” says Marga, who moved to Barcelona when she was 18. She studied journalism, learned languages in Berlin and Bologna, and then returned to Barcelona where she visited seminars on scriptwriting. For her parents, stability meant happiness, but her own generation constantly questions everything: relationships, professions, and where to live.

What sounds like one big drama is told colourfully in the movie, with likeable actors and a pleasant atmosphere – for uncertainty and instability do not necessarily have to be negative, stresses Marga Melià. She equipped the movie with Spanish and English subtitles, because each of the eight actors speaks in their respective mother tongue – English, Dutch, Spanish, and Catalan.

For her, every crisis presents an opportunity for a new beginning: “You reflect upon a difficult moment, you pause, and then you decide how to go on.” The young woman – who moved back to Mallorca five years ago and founded the production company ‘Nuu Films’ with her boyfriend – thinks that it´s never too late for a change of course in life. 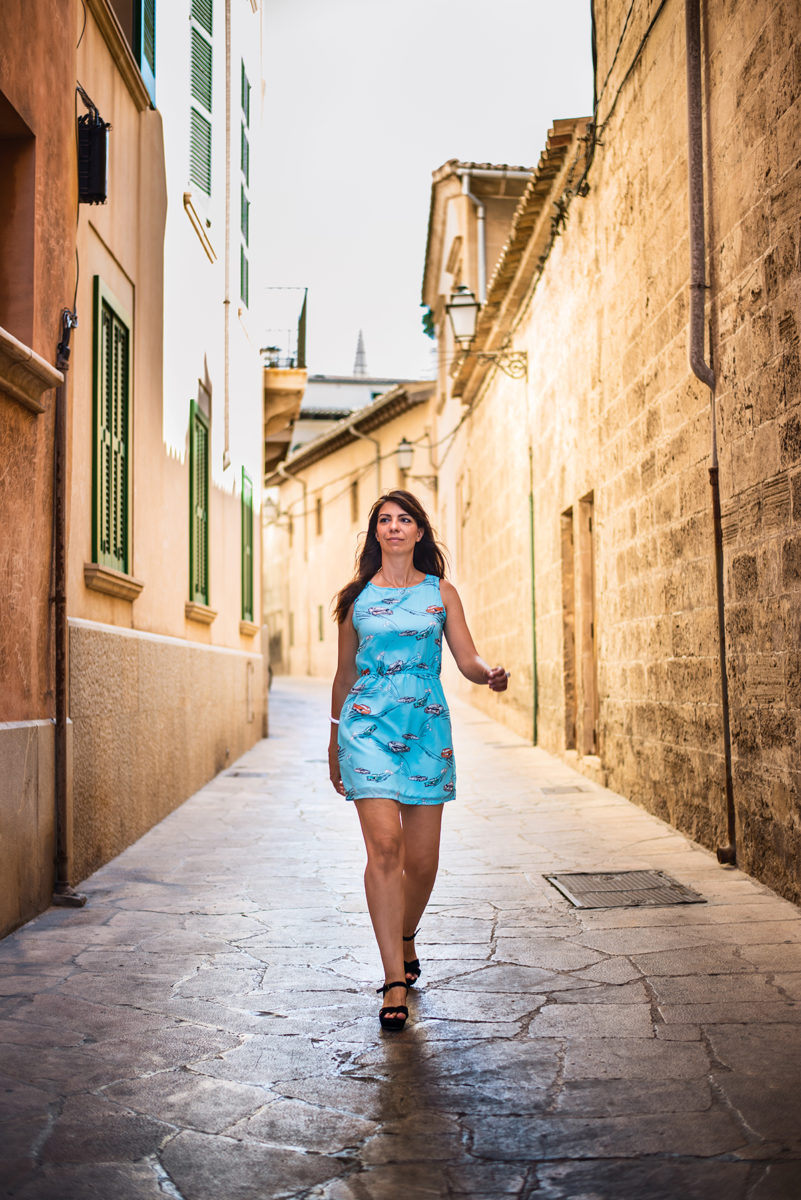 ‘Bittersweet Days’ shows, in an entertaining and charming way, that changes don’t always work out. The main character Júlia lives a normal life in Barcelona. She shares a flat with her boyfriend, works in an office, and meets up with friends. When her partner goes to London for a job, a Dutch guy called Luuk moves in with her. He is a photographer, does a language course in Barcelona, and lives for the moment in a carefree way. After a joint visit to Mallorca, where Júlia is originally from, she starts to doubt her carefully structured existence and asks herself what she really wants.

“This identity crisis which we suffer on our way to adulthood, comes back to us at the end of our 20s,” says Marga, who wrote the script, directed, and cut the movie on the computer.

And she is not the only creative woman on the Mallorcan movie scene. Forty directors from the island belong to the Associació de Cineastes de les Illes Balears (ACIB), of which Marga Melià became president in 2015, and which includes names like Agustí Villaronga and Daniel Monzón.

“Due to the financial situation it is still difficult to shoot on Mallorca,” she explains. When there aren’t any fiscal incentives, public support or private investments are missing in the film industry. And that’s in spite of the island offering perfect conditions for a prospering movie business: many hours of sunshine, impressive landscapes, good local technicians, and numerous flight connections.

Many foreign directors have discovered the island for themselves: the latest who shot an entire movie here was Marc Rothemund with the comedy „Da muss Mann durch“.

Marga Melià points out that for her everything could be different with the next movie. Maybe she will hire real actors, but she will definitely fight for some film funding. She already has some initial ideas but nothing´s set in stone so far. Meanwhile she makes a living with smaller productions like commercial spots and video clips.

“Before, a house and a family were important to me,” she says. Now she is not sure if she wants to have children: “It´s an option, but it´s not a priority.” Her thoughts are more occupied with finding out how to be happy in life. “I will find out,” Marga adds. “To be happy is an ongoing process for your whole life.”

‘Bittersweet Days’ will be presented at the Evolution Mallorca International Film Festival in Palma in November. In spring 2017, the movie will be shown in selected cinemas throughout Spain.