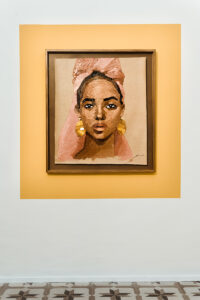 Last November, still in her 20s, Mallorcan painter Elena Gual signed exclusively with Palma’s renowned Gallery RED. Gual can stay put while her name crosses the globe. This wasn’t always possible, she says. “Mallorca hosted foreign names, like Graves and Chopin. To make a name, we islanders got away.” Today Palma makes a noise of its own. RED has a strong social media presence and sells worldwide, helped by talent like Gual’s.

Encouraged by her epicurean father, she attended performance classes as a child. At 16 she developed stage fright. Painting “saved” her. An art scholarship took her to England for her final years of school, before she entered the Florence Academy of Art. “I had considered architecture, until I visited the Van Gogh Museum on a family trip to Amsterdam.” It was a Damascene moment. “I said, ‘Mum, Dad, I have to be a painter!’”

After four years of classical study, including one in New York, Gual began accepting commissions. Work was steady when, five years ago, she became allergic to the turpentine used for thinning her oil paints. “My hands were inflamed and breathing was difficult. The doctor told me to stop. My life seemed over. Oil painting was all I knew.” Well, necessity being the mother of invention, she turned to her palette knife, a blunt tool for mixing and applying unthinned paint. Like thick nut butter on bread, Gual spreads earthy tones across the canvas. Her subjects are impressively life-like, with a 3D-quality to boot.

“The technique’s contemporary but my training comes into mixing the tones.” Her method breaks from tradition in other respects. “I prefer working from photographs, although I had the benefit of thousands of live models at the Academy.” Professors weren’t pleased. “I told them if Da Vinci could’ve worked from photos, he would’ve!” Above all, Gual enjoys being guided by her imagination. “Why copy the past? Rather, play with the present.” 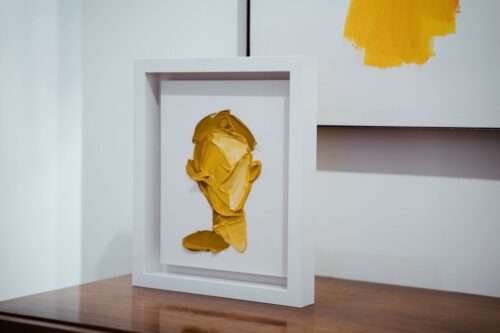 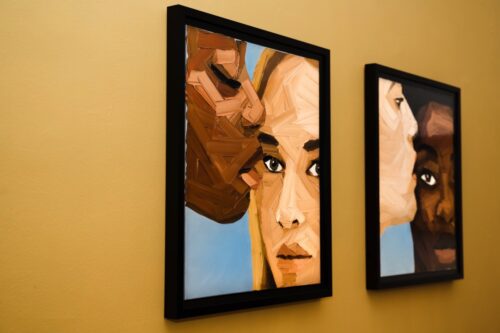 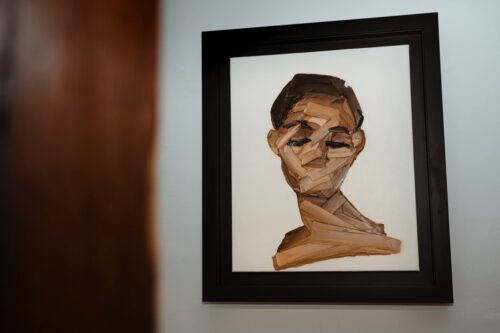 Predominantly if not exclusively, her subjects are women from across the world. “I’ve travelled widely and worked in an Indian orphanage with 600 people there. What struck me was the strength of the women, themselves outcasts, caring for the children.” We take a tour of her earlier works in RED’s elegant reserve gallery. These women, so alive within their frames, seem poised to speak. What would they say? “I’m here to make the world a better place,” the young artist offers thoughtfully.

A man packs her latest for an exhibition in New York. abcMallorca gets a sneak peek. Faces are obscured, or out of frame. The female body comes into focus. “I’ve thought a lot about how female nudity is sexualised. Occasionally there’s a lack of sensitivity around the subject. I want to bring out the elegance inherent in all of our bodies.”

Here I spot something on the back of her phone, a sticker. One of her paintings? She laughs. “With time I’ve learnt to take pride in my work.” Perhaps her stage fright is dissipating.

The artists in Mallorca you’ll want to meet

Gallery Red has the wow factor

Why Mallorca is a magnet for artists