Gallerist or “art consultant” is how Eva Shakouri describes herself, but neither does justice to what this petite entrepreneur and her brother Amir achieve. Born in Iran, to a Turkish/Iranian father and Spanish mother, they moved to Europe when Eva was 10: “The war between Iran and Iraq was still on, complicating things like supplies. While kids in the West were excited about fancy toys, the most wonderful thing you could give a child in Iran was a banana.”

When they left in 1983, everyone dressed in the same way: “Walking Tehran’s streets, you got the sense that the dominating colour was grey. One of the first things that struck us at Heathrow, whenever we visited Europe, was colour.”

The family lived on Mallorca for a few years, after holidaying here, before moving to London – where Eva later took her degree, specialising in French literature. During the customary year in Paris (Sorbonne and British Council), she also took some art history courses. After a ground-breaking three-year MBA programme at a French business school – including study/work periods in France, Spain and London – Eva became a management consultant for corporate strategy company Monitor.

In Milan, she worked on the restructure of Silvio Berlusconi’s Fininvest Group, when he entered politics. Did she meet him? “No, I was at a junior level,” she laughs. “And I wasn’t one of his bunga bunga girls! I was small and cheeky, not blonde and busty . . . I wouldn’t have done very well in the Berlusconi group!”

Eva loved her job but, aged 28 and seeing she was on a certain track, took a one-year “thinking time” sabbatical on Mallorca. Learning that Calvià town hall wanted to subcontract local arts and culture management, she and Amir successfully pitched: “In true management style, I drafted up a Powerpoint presentation. They must have thought I was a Martian coming into the town hall with that!”With two years’ learning-on-the-job, and recognising the changing art world’s need for new working models, they opened their own gallery. La Caja Blanca works with a group of collectors who typically acquire an artwork before it’s produced, practically at production cost – knowing it’ll be in a museum within two years, when its value increases. “It’s great for the collectors, and we get a fund of money to help produce a project that otherwise wouldn’t have existed.” The siblings are also hired to develop arts projects for museums and foundations around the world. “What you see at La Caja Blanca is the tip of the iceberg, because this is a labour of love and everything else we do is a business developed around it.”

Several of their ‘alumni’ have achieved great success, including Katie Paterson (Google her astonishing Earth-Moon-Earth – Moonlight Sonata Reflected from the Surface of the Moon), and artist Richard Mosse – representing Ireland in the 2013 Venice Biennale. For four years, Eva has been responsible for international audiences for Palma’s Nit de l’Art. She believes that veteran gallerists here should be recognised: “They saw that the social side of the art world was really tired and, 15 years ago, launched an art event that would kick-off the cultural calendar after the summer.”

Could it be better promoted? “That’s a huge debate,” Eva replies. “I think it’s one of the best-kept secrets. Art world insiders in Europe know about it: an hour or more before it kicks off, people from the UK, Germany, US, Russia and the Middle East are here with a map. What we’re often disappointed about is the general public who, we think, art should reach as well.”

She believes Mallorca’s well-connected location will lead to international art world meetings happening here. “One of our ambitions is to start with a small symposium, which hopefully will kick off next year. Nit de l’Art will still be the celebration of the commencement of the calendar, but also link into symposia and a showcase – eventually turning into a 10 or 15-day affair.”

And the crisis? “In the art world, the more restrictions there are, the better the artwork becomes. We need to fund the people who live from that. We need to be as ingenious as we expect the artists to be, and develop new models to make it sustainable. And that’s where innovation comes in. It’s a really exciting time if you’ve got the energy and the excitement.” Eva, gallerist, art consultant, and more, has both. 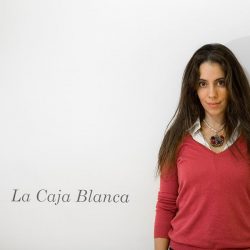 The Last Word, by Francesca Marti

Alma Lopez: A Jewel Worn by the Crown