One of the principle worries that parents have relates to language, with “most [foreign] parents concerned about Catalan, so some are reluctant to choose a certain school for this reason,” Yvonne explains, “and this is totally understandable for parents with kids who are, say, eight or nine.” For younger children, however, most agree that there is little to be concerned about, as little sponges they will absorb any languages they are exposed to.

However, these concerns are also based on parents’ fears that they will feel disconnected from their child’s education if it is in a language they can’t understand. Parents are also interested in the other parents, where they are from, etc. as they don’t want to feel alienated from the school community. For these parents, international schools are a popular option in Mallorca, with an emphasis on English, even following the British curriculum. These are also a common choice with those who aren’t necessarily committed to a future on the island.

Yvonne’s general advice, however, is “don’t get so worried about the Catalan language question, just see it as an asset… it’s part of the island and the best way for the child to be able to integrate if their future is here.”

Another pitfall that parents can slip into when looking for schools, Yvonne says, is that some are easily distracted by impressive facilities “but it’s very important to know that the school is organised from its centre, built around strong core values.” When you think you’ve found the right school, Yvonne recommends visiting and “looking at the children and teachers, and how they interact. You can get a feeling of what the dynamics are like and learn a lot about the school environment.”

One criticism that Yvonne levels at the education system on the island is that it doesn’t always do enough to attract outside talent. “I’ve met many teachers who come to Mallorca who are put off by working conditions and the feeling that many schools are far more likely to hire locals, even if they are not necessarily better qualified.” A more international perspective and experience isn’t always valued.

Yvonne understands that it can be hard enough choosing which school to send your children to in your native country, but when you move abroad it can feel bewildering. Seeing as a teacher how difficult it can be for people who move here and who don’t know how the school system works gave her the idea for her Mallorca Schools website. Launched in 2016, it is an independent guide to private schools on the island, providing an overview of the different school features, with mapping and searches by area and type of school

However, Yvonne stresses, that if you can’t afford a private school there are plenty of very good state schools on the island, as well as concertados (subsidised by the Catholic Church) which tend to be a little less strict on Catalan.

Ultimately, Yvonne continues “what I have learnt from all the schools I have seen is that they all want the best for the children, but parents need to remember that no school is perfect.” 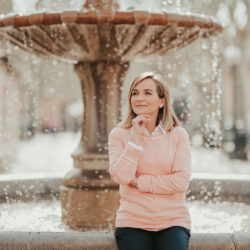