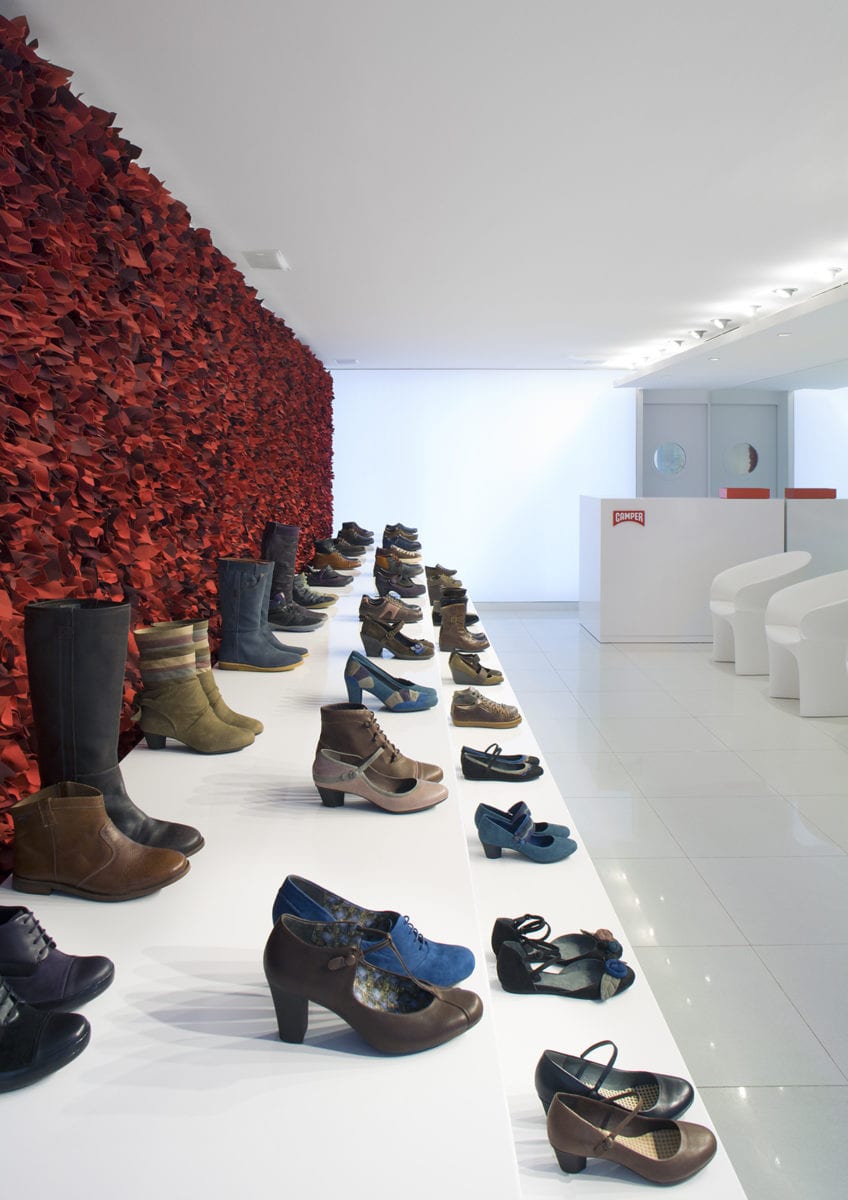 Camper shoes should not only be functional but creative. Although this concept was well received, international expansion was difficult.

The island’s shoes conquered the Spanish mainland without major obstacles, but the expansion into foreign countries proved to be difficult as Spanish products were not enjoying much popularity and were not even perceived as having great commercial importance in those years. It would take until the beginning of the 90’s for the Camper label to be strong enough for export to foreign markets.Those who wear Camper know they are not simply wearing leather on their feet but a piece of shoe history which has become internationally famous for producing snazzy designs season after season that capture the imagination of many loyal consumers the world over.

“Camper is more than just a shoe” as provocatively stated in the company’s literature. Camper is worn on feet. They may even look like shoes certainly at first glance but if you look a little closer the shoes are actually objects of “art” at its original best. Camper manages to successfully combining what is normally contrary attributes of style and comfort. Camper shoes caress the feet while cocooning them in a comfort that becomes addictive. Not losing anything on style there is a Camper for all occasions. From the trendsetting winter-boots, to the casual day wear and sporty alternatives. Each shoe design tells its own story, with its individual form and character similar to a painting or sculpture, making one curious about its origins.

As long ago as 120 years, Antonio Fluxa has a dream of producing a very special shoe. However, he did not know how he could possibly manufacture this special shoe on his home island of Mallorca. But he knew where to find people who knew more about shoe manufacturing than he did. In England. Which was in those days far away from his homeland. Nevertheless, Antonio Fluxá decided to set off on this journey. With minimum baggage he travelled to England and returned with a wealth of knowledge and experience about the industrial production of shoes. In 1877 his dream became a reality by founding the first modern Mallorca-based factory to manufacture shoes. His ambition and enthusiasm was so great he infected not only his children but also his grandchildren into following his dream. Above all his grandson Lorenzo. In 1975 the same Lorenzo Fluxá decided to re-invent and modernize shoe design. Lorenzo wanted to expand beyond the island with his shoes “made in Mallorca” and combine the proven traditional methods with new design ideas.

The big breakthrough came in 1992 thanks to the Olympic Games in Barcelona, during which the whole world turned its attention to Spain and realised that the Iberic Península had so much more to offer than just a city which had been transformed to host the Olympic Games. Camper used the international attention and went on the offensive. With a courageous step into the most important and at the same time most difficult markets. To the places where fashion history is written: London, Paris & Milan.

The shoe from Inca, which originated from the heart of rural Mallorca, has achieved its goal and has held its ground within the censorious international fashion scene. In doing so Camper never surrendered its rural origins. To the contrary. Even the name is core to the concept. “Camper” means countryman and stands for the sparse life within a rural world, for rural, culture and pristine Mediterranean countryside. Maybe it is the longing of the stressed-out urbans for a quieter alternative country life? In the meantime Camper dresses the feet of many influential celebrities. Feet, which are comfortable in a natural material, because those who designed them know exactly how a shoe needs to be made in order to be comfortable. 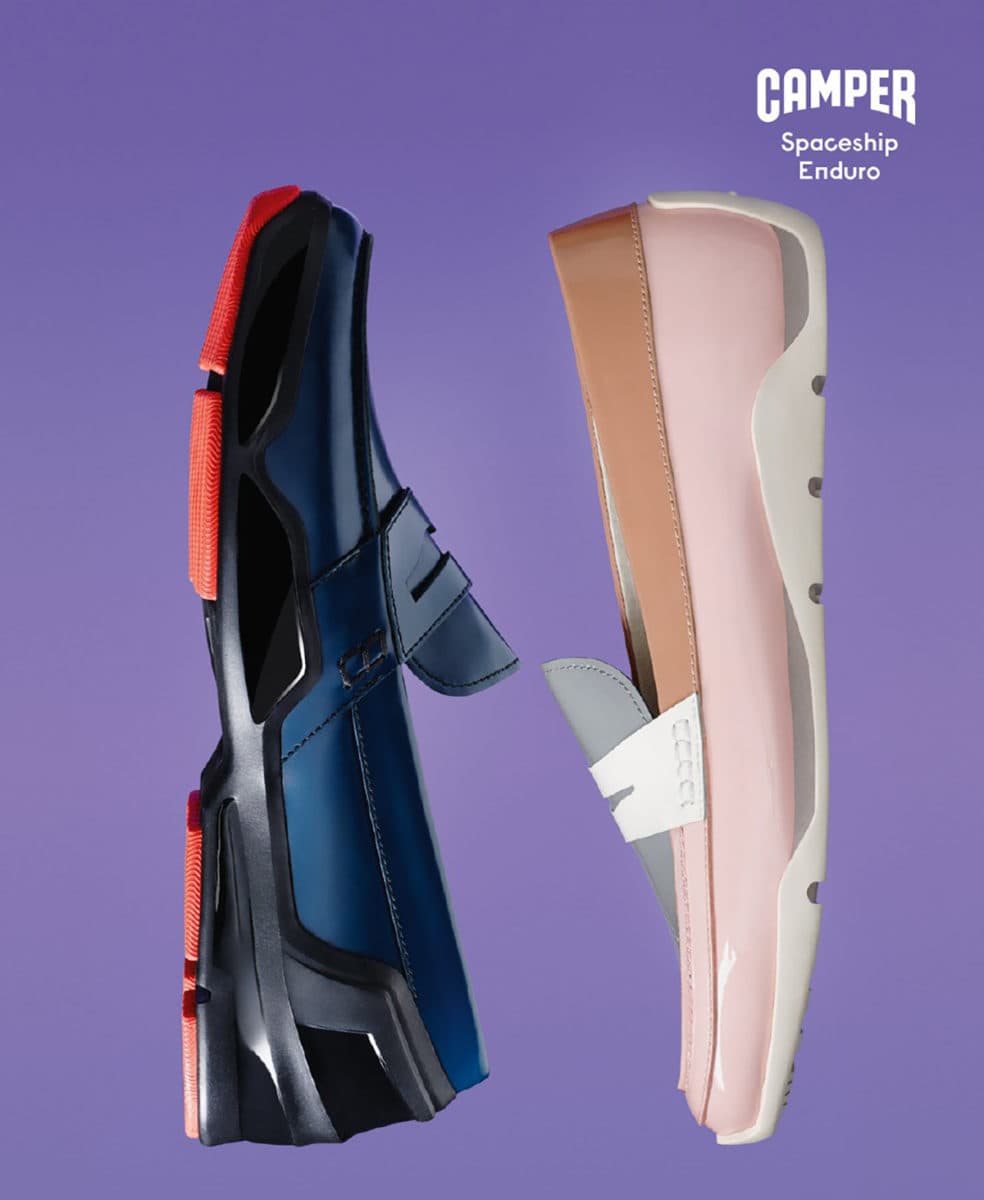 For exactly that reason, Camper is not only a shoe. Camper stages the way of walking, therefore, one needs to understand the shoe with its history and tradition. Up until today the shoes are designed in Inca. More than thirty designers manage to balance the tightrope of representing the beauty of the rural world with the requirements of urban lifestyle transformed into shoe design.

Most of the designers were born in Mallorca, Barcelona or the Basque region plus Argentinian, German and French designers.

Lorenzo Fuxá runs the company toghether with his sons Lorenzo and Miguel. The company’s headquarter is still in Inca. The most important departments of this family enterprise remain in the heart of Mallorca, and this is where all important decisions are taken. The company has foreign bases in the United States, Europe and Asia, where most of the production is now based.

Camper is celebrating its 30th birthday this year and can look back on a very impressive development. The shoes are sold in more than 45 countries worldwide, available from Camper stores or other quality shoe outlets. In total 3,800 quality stores sell shoes from Mallorca in Europe, Asia, North America, Australia, Mexico and South Africa.

More than 80 stores are owned by the company, 19 of which are spread throughout Europe with others located in the most important (fashion) capitals such as London, Paris, Milan, Rome and New York to name but a few. Camper unites continents and designs one collection for all. The first model presented by Camper in 1975 was the so-called Camaleón. This model introduced “casual style” to Spain. Runners followed in 1981, the shoe for “before and after” sport, quickly became the favourite townshoe, being aesthetically attractive and comfortable at the same time. The Twins stirred attention in 1988 with their asymmetrie. In 1995 Pelotas was born, a hommenage to sports in retrolook. In 2000 Camper surprised the fashion world with the Model Wabi, a shoe for domestic use. The most popular models Pelotas and Twins are successful all over the world. In 2006 the Camper models will be colourful and “jolly” so when you look to their shoes it draws a smile of appreciation of the piece of design.

Online shopping Camper www.campershoes.com
Over 300 Camper models can now be selected and ordered online. It’s easy. Just choose language and country and a site with all models will open. Each shoe design can be seen from every side and the material can be displayed in detail using the zoom feature. Order conditions are simple and the company promises delivery within 3 to 4 working days.

When shoes turn into a hotel…Casa Camper in Barcelona
The house in the heart of Barcelona dates back to the 19th century and can be found close to the quarter of Es Raval. The shoe manufacturer Camper goes new ways with the recently opened Casa Camper. It is no ordinary shoe store but the first hotel of the shoe label. “We like to walk at Camper and that’s why we also like to walk on different and surprising paths”, is how Marketing Director Dalia Saliamonas accounts for the decision for a hotel, which is the new baby of the company. The hotel with 25 rooms and was realised in cooperation with the designer Fernando Amat. 1+1 is one bedroom and a lounge which is available for the guest. The bedroom is seperated from the lounge by a hall. The cupboards are open and the design is clear and simple. Much to the pleasure of the visitors the self service restaurant remains open 24 hours a day and both snacks and breakfast are included in the room rate.

Even nature made its way into Casa Camper. As there was no garden attached to the building in the old town of Barcelona, Camper simply invented one and developed a vertical instead of a horizontal garden concept. Room charges range from 175/205 Euro for a Camper Single to 210/245 Euro for a double Suite. 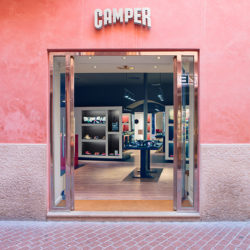 World-class shoes for exploring the world

Mediterranean furniture made on Mallorca