The first book of art produced by Sóller-born artist Francesca Martí was completed in a couple of days.

At the time, she was just a little girl, who quickly filled the sketch book her mother had bought her with “big drawings”. To become an artist was clearly her destiny:  Francesca’s latest book – the first to be published – is a grown-up compendium (around 400 pages) of her creative output over the first decade of the 21st century. It’s the sort of book that deserves to reside on a coffee table, ready to dip into when you need a fix of great art.

We arrive at her enchanting hillside home and studio, between Sóller and Fornalutx, just a couple of days after Francesca took delivery of the finished book – ‘Borders of Reality – 10 Years of Photography, Video, Painting, Sculpture and Performance by Francesca Martí’. And the air of excitement is palpable: “It’s lovely to have everything I’ve felt during all these years in my hands,” the unassuming artist says, as she brings the book out to the terrace, where coffee awaits us. “It’s like opening a memory chest . . .”

I imagine there must have been a flood of emotions washing over this talented and thoughtful woman. Not least, gratitude to her husband Gunnar, who suggested the idea of the book: “My wife has a capability to express complex emotions in images without words,” he says, in one of the many quotes published in the book, which was compiled and edited by art curator Jonathan Turner.

Putting the book together took two years and involved monthly progress meetings in Amsterdam. When we visit, plans are being made for the book to be launched in Mallorca in early August and, as you read this, it should already be on sale in Spain, Holland, Italy, Sweden, the UK and China. 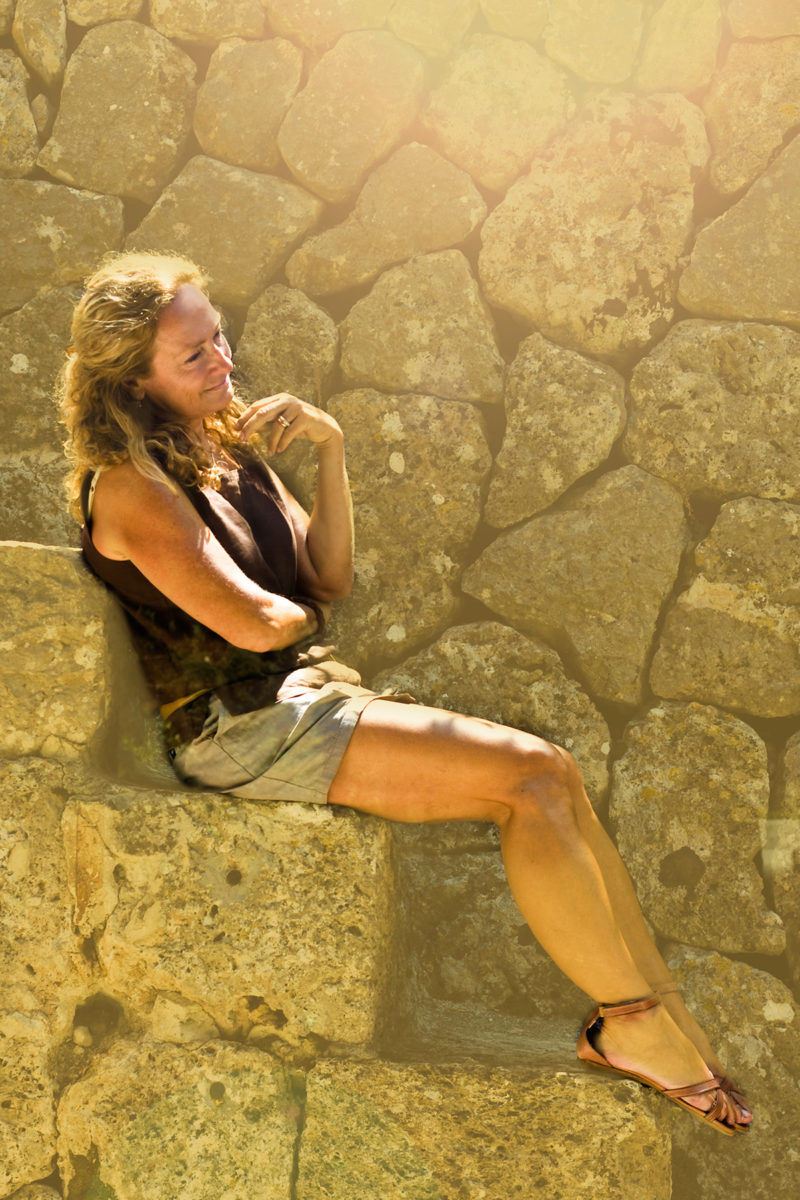 ‘Borders of Reality’ covers all the artist’s major series over the past decade, including ‘The Fly’, ‘Senses & Movements’, ‘Soul’, ‘Tears’, ‘Scream’, ‘Momentum’ and ‘Reflections’ – her most recent exhibition in Mallorca, which was inaugurated during Palma Photo 2011. But the book isn’t just a collection of photographs of Francesca Martí’s prolific output, and a few photo-stories of its creation. It also affords the reader an intimate glimpse into the soul and life of this sensitive, intelligent woman. In her own words, she talks about inspiration, the production process, the people who have been her models, and more.

The inspiration for ‘Reflections’, for instance, came while the artist was working in Amman in 2010 on a project with 10 different artists and sculptors. She observed the density of housing in the Jordanian capital and the huge number of satellite dishes: “They were lifeless objects . . . yet I felt they were asking me to give them life. In a flash, I saw faces, I heard voices, I saw colours where there had been none. The choir was no longer silent.”

Using recycled satellite dishes, Martí created installations incorporating video, projections, paintings, photographs and sound-recordings: “My ‘Reflections’ series is about freedom of speech in an age of controlled information. After the civil riots in Cairo, in Syria and elsewhere in the Middle East, I realize just how fragile this freedom is. My works are transmissions of hope.”

It’s also illuminating to read comments about her work and personality from almost 40 individuals – including art critics, fellow artists and those who have modelled for her.  Among the contributors is her mother Clementina Ayala, who remembers: “I used to tell her that her mind was even quicker than her hands.” Bernat Rabassa, director of Galería Altair in Palma, with whom Martí has had a long professional relationship, recalls his response to some of her photographs in ‘The Fly’ series: “All of Francesca’s spiritual depth of sensation and emotion had been opened to the world through the pervasiveness of a fly.”

Martí was recently a subject of the IB3 programme ‘Flor i Nata’ (in the same episode as abcMallorca editor Helen Cummins), and its presenter, the arts journalist Esteban Mercer, has also contributed to the book. There are insightful comments about the artist’s character and techniques from Martí’s studio manager, Roland van Dinten, who was very involved in the book’s production.

Perhaps the contribution that most reflects the esteem in which this quietly-spoken artist is held internationally comes from Mallorca’s most important patron of the arts, Pedro A Serra (among many other things, a Professor of Arts). He tells how he first saw her work while on the jury of a local painting competition for young and amateur artists. After winning first prize, she sought his advice about progressing as an artist, which she followed. Serra’s account concludes: “In my opinion, the real success of this artist has only just begun to surface: many glorious years and great art lie ahead of her.” 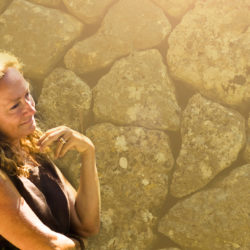 The Last Word, by Francesca Marti