It’s possible that many in her audience don’t understand the lyrics of the Mallorcan songs she sings. However, that doesn’t stop them falling for her soulful voice and the melodies which call to mind the island’s Moorish past. Mallorca is at the heart of her work, and at just 22 years old, Júlia is well aware of her role in preserving its music.

Perhaps preserve is the wrong word. It signifies maintaining something in its original state and that’s not what the passionate, dark-eyed, olive-skinned Júlia is aiming for. If you’re imagining her in traditional garb singing quaint folk songs, you’ve got the wrong picture. Her online presence conveys a modern young woman; experimental and confident in her outfits, dance and with the musicians she collaborates with.

“The test is to make the music not sound out of date or old-fashioned,” she says, “I want it to resonate with people my age.” She’s adamant that Mallorca’s folklore shouldn’t be locked away in museums or private collections. “It has to be reborn each day, innovated and played by great musicians.” For Júlia, this style of music allows her to sing without a filter. “It’s what feels closest to me,” she says. When we try to pinpoint what makes this music particular to Mallorca, she explains that the essence, or as she calls it – La Mallorquinidad – isn’t linked to a language or instrument. It’s Mallorcan because of who she is; her identity and her roots will always be present. 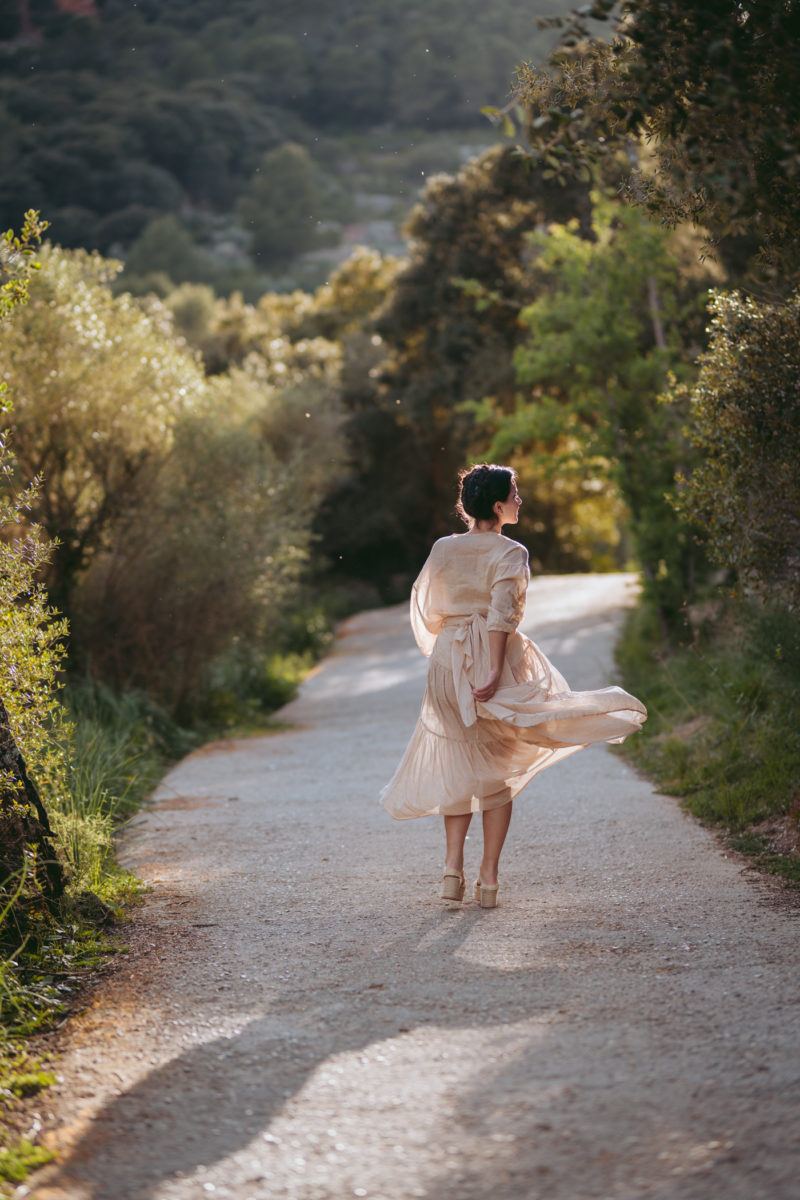 Júlia’s roots run deep. She comes from a family of more than three generations of Mallorquíns, and was born in Valldemossa like her grandmother. It wasn’t a particularly musical household, unless you count her grandfather, Nicolau Colom. Her eyes light up when she talks about him. “My grandfather has always sung,” she says, before clarifying that she doesn’t mean professionally. “He carries music in his heart.” Now 93 years old, they continue to meet up and do what they’ve always done. “We sing the songs his mother used to sing to him. We do voices, singing back and forward to each other.” The songs she performs in concert are the songs he once taught her as a child.

There is one song she learned which is particularly significant, not just in Júlia’s life but in the history of Mallorca. If you’ve ever attended Midnight Mass on Christmas Eve on the island, you may have heard it. It’s called The Song of the Sibyl and it predates the medieval ages. It was declared an Intangible Cultural Heritage by UNESCO in 2010. “There’s something magical about it,” Júlia says, “the singer is like a witch with super powers who comes down to warn people that judgment day is approaching.”

Once upon a time it was only sung by boys. Her grandfather sang it, and her father too. At seven years old, before Júlia even knew she wanted to be a singer, her grandfather introduced her to it. After that she sang it in churches and in prisons… and then in New York.

The New York concert was organised by the Council of Mallorca for a film festival to promote the island. It’s a clear indication of how her talent and position in championing Mallorca’s music has been recognised. “To keep traditions alive, we have to take an interest in them,” she says. If your interest has been peaked, you’ll be pleased to know Júlia will be touring the island this summer, performing in some very special places.

The 13 Most Beautiful Towns in Mallorca

The art of Mallorcan weaving