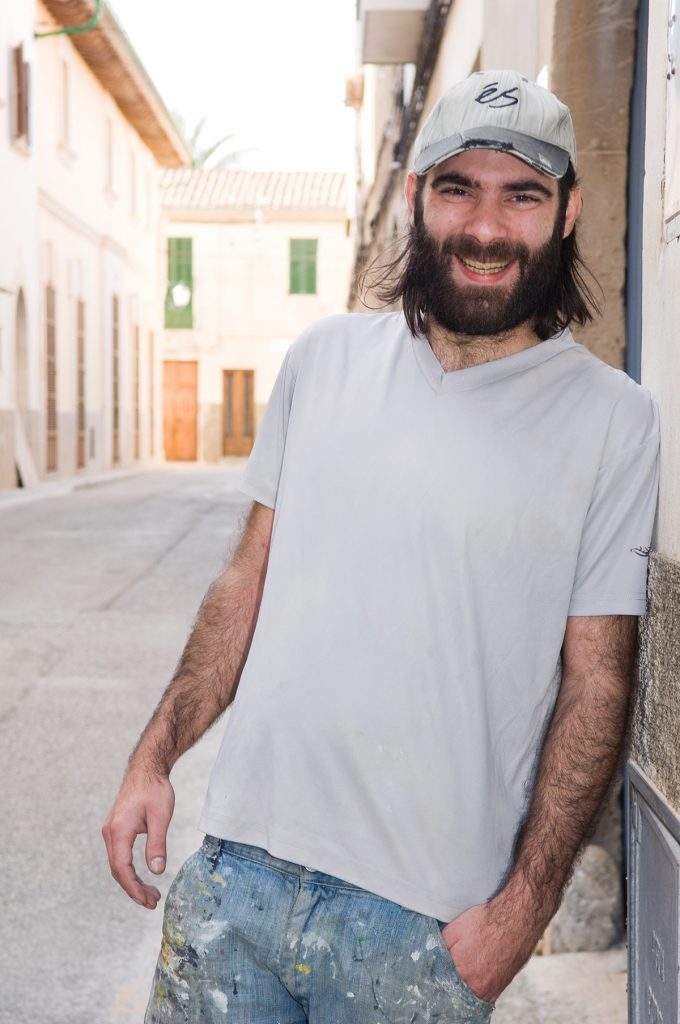 Until his critically-ill father passed away in 2006, Joan Ávila Fuster used to visit him in his parents’ apartment, and he keeps in close touch with his mother. It´s the same as in “any normal family”, Joan explains. At the end of the 80s, it might have seemed that the family’s living conditions were almost too “normal” for Joan and his three younger brothers to be sent to a children’s home.

However, it was the boys’ grandmother whose action lead to the decision to do so. She had been observing the precarious situation of the Fuster sons in a poor household for a long time. They seemed to have no future. Their unemployed father was addicted to alcohol: negligence and violence were the methods he used to “educate” his sons.

Today, Joan (28) is a Mallorcan celebrity. As one of the rising stars among the island’s young artists he receives commissions from important people and works under a business agreement with reputable galleries. He says he owes the children’s home everything: “I was fine there.

Many friends attending regular schools observed our new life with envy. Negligence and neediness were a way of life for many families. In contrast, we were well supplied and had an excellent educative perspective.” The home where Joan and his brothers were placed was called “Llar de Son Espanyolet”, named after a district of Palma. It has since been replaced by a new haven in a huge, modern building. All the homes of the institution “Llar de infància” – children’s homes in English – are run by “IMAS”, the social welfare department of the Consell (island council).

Public educator Margarita “Marga” Balaguer accompanied Joan, Toni, Jesús and Miguel from the very beginning. She became a kind of mother substitute. Today, Marga – who is even exactly the same age as the boys’ real mother – still works at the “Llar”. Furthermore she´s one of the charter members of the Allen Graham Foundation for Disadvantaged and Abused Children, which was formally established a couple of years ago in recognition of the work of The Allen Graham Charity 4 Kidz” (featured in the June issue of abcMallorca) – an organization supporting the island’s children’s homes by providing useful goods. Marga believes that having been attended to by “the same group of teachers from the beginning” helped a lot to create an environment of trust and continuity for the boys.

The sympathetic Mallorcan woman continues to keep in touch with all the four Fuster brothers, although they are fully fledged now. Marga: “We had a close relationship with them. Joan is an excellent, intelligent boy whom one takes to one´s heart immediately. Daily contact with him is easy.” The great success of his external education is a professional stimulus for her. She knows that it would be unlikely that these boys would have been committed to an institution nowadays: “There are many more possibilities of aid and sponsorship than before.” But the boys´ family environment then had been “enduringly disordered”. Their father was unable to work because of chronic illness resulting from his alcohol addiction.

Almost constantly drunk, he behaved violently towards the children. The mother “surrendered to the chronically critical situation.” 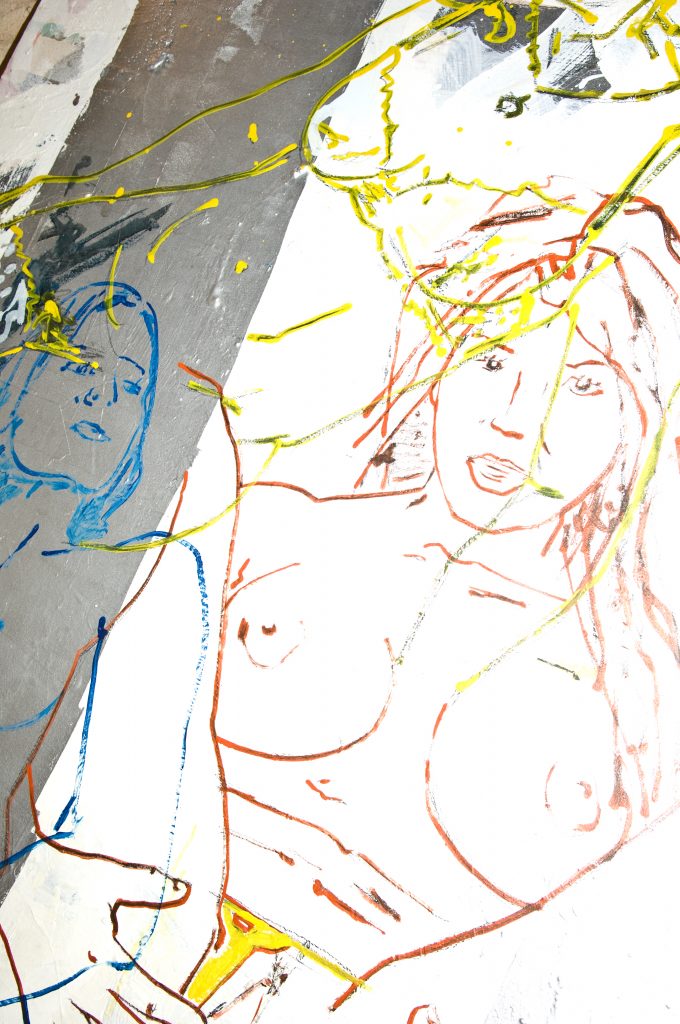 Joan Ávila decided to stay one more year in the “Llar” after having finished his regular education there – firstly, because he liked it a lot and, second, because he planned to undergo an apprenticeship for graphic design. The Allen Graham Charity 4 Kidz provided him with a computer, which Joan still uses today. In 1998, Joan began two years of intensive study at Palma´s art academy “Escola d´Arte”, learning sculpture, painting and sketching. Finally, he successfully graduated with a Bachelor degree. He wanted to become a real painter – painting was his favourite form of art – and for that reason moved to Barcelona, where he added two more years of study. Since his first exhibition of paintings in 2003 he has been able to make a living from his art.

Joan creates broad, striking pictures on wood with acrylic and resin paint. At some point in the past he radically changed his style: after drawing realistic pencil and ink sketches of day to day scenes he observed, he increasingly applied abstract, figurative and informal illustration techniques. The result of this evolution can be described as a mix of Graffiti-style and Lettristique. Joan pays high attention to the elaboration of the drawing surface.

He´s already celebrated as a real master craftsman on the island, without exhibiting any awards to his name: “I usually don´t take part in painting competitions, because that´s not important for me.” He doesn´t need to hide his CV, however. It includes Joan being commissioned to decorate the interiors of some of the local Barceló hotels with his paintings. At the moment he´s working on special graphics for Balearic prime minister Francesc Antich. Joan Fuster´s works of art are constantly exhibited in the galleries Fran Reus and Addaya. “I’ve been represented there for five years. Thanks to a business agreement with the gallery keepers I can rely on a fixed salary.” Local institutions like the Balearic Government, the island’s council and several politicians choose to buy his paintings. In addition, he founded the working partnership “81” with painter Pepito Morán from Córdoba. Recently “81” presented images and video clips in Cologne (Germany). Joan has two painting studios, one in Porreres (Mallorca) and one in Barcelona.

What eventually happened to his brothers? “The contact between us is very close,” Joan says. Toni, the second oldest brother, is also a painter – he decorates walls. Jesús, the third, had been working for local non-governmental organisations Mar Viva and Oceana, but a short while ago resumed studying. Miguel, the youngest of the family, lives in Barcelona like Joan, working there in gastronomy. All of them have made something of themselves: Marga can be proud of herself. 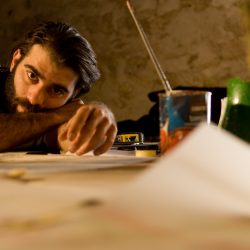